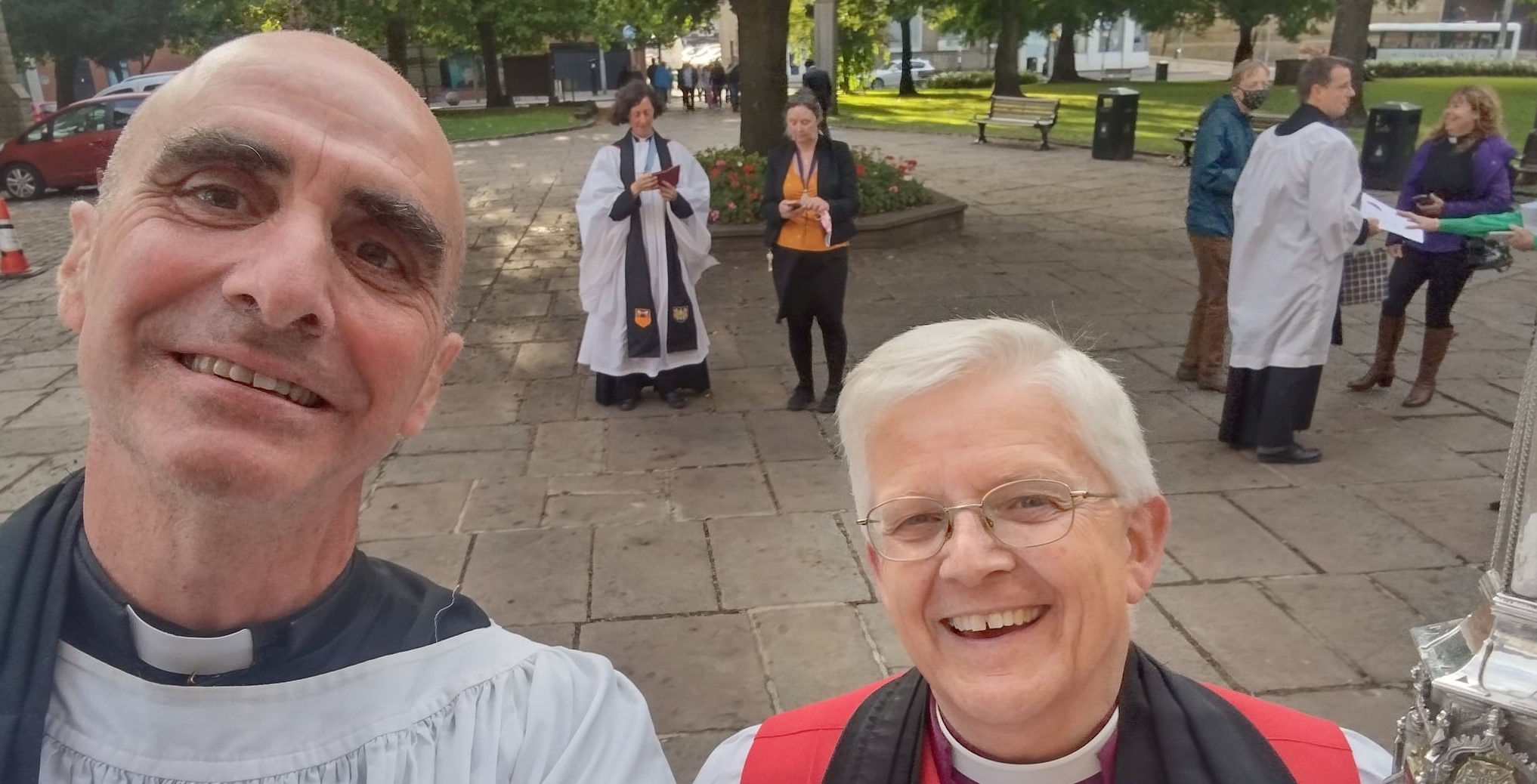 Andy was installed as a Canon of Blackburn Cathedral on Sunday, September 19th.

As Andy himself said, he will not be moving anywhere and will not get paid any more – he’ll just have to go to more meetings!

The featured image shows Andy with Bishop Julian, and the photos below show Andy during the service, as a new Honorary Canon holding his Deed of Collation and all the new Honorary Canons, Lay Canons and Ecumenical Canons with Bishops Julian and Philip at the Cathedral on Sunday. 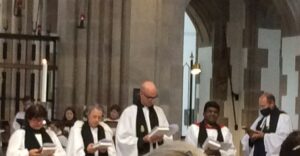 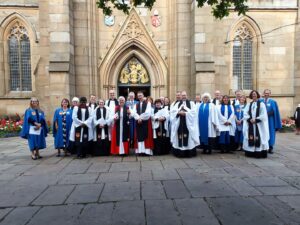