St. Cecilia’s day is the 22nd November, and on Sunday 26th November St Mary’s choir will be celebrating this by singing ‘A Hymn to Saint Cecilia’ set by Herbert Howells during the morning service.

Saint Cecilia is the patron saint of music, it is written that as the musicians played at her wedding she ‘sang in her heart to the Lord’. A Roman noble lady, she is one of the most famous Roman martyrs who was martyred in about 230 together with her husband, brother and a Roman soldier.

She is often depicted playing the organ or with a harp. Here at St Mary’s we have a fine window depicting the saint with both instruments, appropriately the window is located just behind our organ console.

Herbert Howells (1892 – 1983) was our most important C20th composer of Anglican Church music, particularly noted for his settings of the evening canticles (Magnificat and Nunc Dimittis) written for many of our Cathedral choirs and Oxbridge college choirs. Here at St Mary’s we sing his haunting anthem ‘Like as the hart desireth the waterbrooks’. The hymn ‘All my hope on God is founded’ also has a tune by Howells called ‘Michael’, named after his son who sadly died from polio at the age of nine. 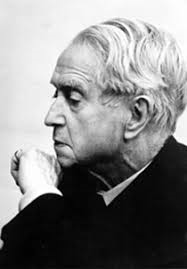 In choir practice we have been working on ‘A hymn to Saint Cecilia’ for several weeks now. Here’s what members of the choir have said: ‘At first we found this piece quite challenging, but we’ve come to really like it’, ‘We’re really looking forward to singing it’, ‘It’s really inspiring music’.

Here’s a professional performance, recorded at Lincoln Cathedral in 1983 where I was Organ Scholar from 1973 to 1977 and first got to know this piece:

I've been Director of Music here at St. Mary's for three years and am really enjoying the work. I've been playing the organ and working with choirs since I was 10. I love the Pendle area for walking, cycling and mountain biking.

One thought on “A Hymn for Saint Cecilia – Herbert Howells”